Science Girl is a stick figure character in xkcd.

She became the first child to have her own character category. She is distinguished by being clearly a child (compared to adults around her or her behavior), her hair is typically set in a hair bun but compared to Hairbun it is more loose, she may have more curly hair and typically there is a string of hair hanging down her back from the hair bun. As she is also clearly a child she cannot be confused with Hairbun under normal conditions.

She can have several different hair styles though with two buns or no buns but a ponytail. The best way to recognize her is from her behavior, where she is very interested in science, and typically more knowledgeable about the subject at hand than the adults around her, which may either results in embarrassment, enlightenment or even dangerous situations depending on how obtuse or condescending the adults around her behaves...

Science Girl is a minor character in xkcd. But she has had several comics where she is the main protagonist (or antagonist in some cases).

She is not necessarily the same character from comic to comic, but can be used to represent the general kid interested in science. She seems, however, to be more of a character like Black Hat, with her ability to make other people feel uncomfortable, than an every woman like Hairbun. But she is not generic evil, and thus in no way would she represent a young version of Danish.

One of her largest parts is in 1611: Baking Soda and Vinegar (see her character image), which is one of those that becomes dangerous for the obtuse adults. She is also ready to commit crime, even though she knows about environmental issues in 1659: Tire Swing (the only comic with her so far where there are no adults, but it is clear that she is a girl), where she, along with another girl, steal the tires off a man's car, and then fight him. But she may also just induce new interest for science in Megan as in 1104: Feathers, or just display general interest in science as in 1352: Cosmologist on a Tire Swing or the first comic (found so far) with her 585: Outreach (where she only had a ponytail). It was also in this first appearance we learn why she wants to become a scientist.

In three cases she is depicted as a young adult woman. These are in 1520: Degree-Off, where the hair and behavior fit perfectly with a grown up Science Girl, 1737: Datacenter Scale, where she appears to be running a data center, and 2344: 26-Second Pulse, where she is giving a lecture on an unexplained seismological signal.

Since Science Girl is depicted in different ways so here is a gallery of some of these different appearances, her first appearance, her standard appearance, two buns and adult: 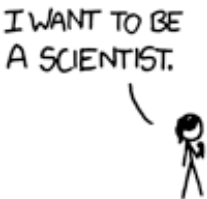 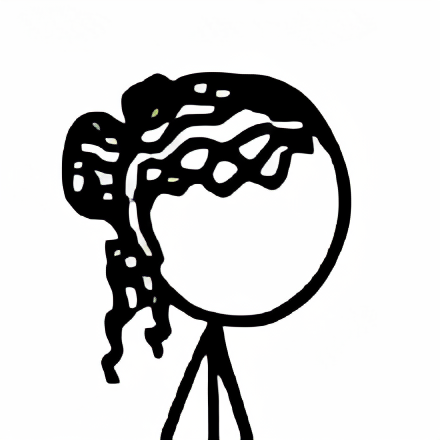 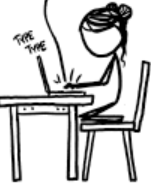