Difference between revisions of "1064: Front Door" 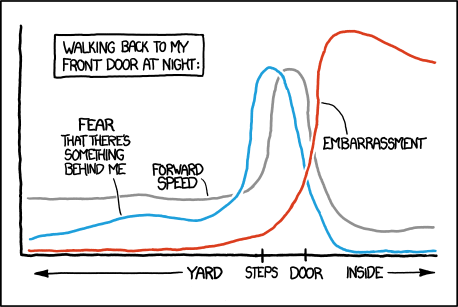 FYI: I'll be releasing a wolf into a randomly-chosen front yard sometime in the next 30 years. Now your fear is reasonable, and you don't need to feel embarrassed anymore. Problem solved!