[An array of 4 rows with 3 scientific papers each, is shown. We see the first page of each paper, but only its title is legible. Headings are shown as black lines, paragraphs of text are shown as several squiggly lines and figures are shown as empty white rectangles. Titles are as follows:]
We put a camera somewhere new
Hey, I found a trove of old records! They don't turn out to be particularly useful, but still, cool!
My colleague is wrong and I can finally prove it
The immune system is at it again
We figured out how to make this exotic material, so email us if you need some
What are fish even doing down there
This task I had to do anyway turned out to be hard enough for its own paper
Hey, at least we showed that this method can produce results! That's not nothing, right?
Check out this weird thing one of us saw while out for a walk
We are 500 scientists and here's what we've been up to for the last 10 years
Some thoughts on how everyone else is bad at research
We scanned some undergraduates

The comic inspired many derivatives, changing the paper titles to be more relevant to specific fields.

The hashtag #TypesOfScientificPapers on Twitter includes many of these.

There is a generator.

There is a moodboard compiling hundreds of them. 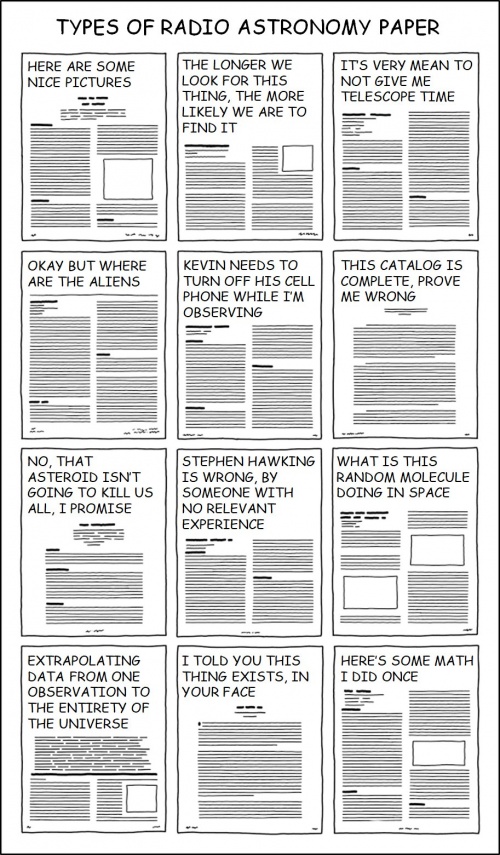