Explain xkcd: It's 'cause you're dumb.
(Redirected from Title text)
Jump to: navigation, search 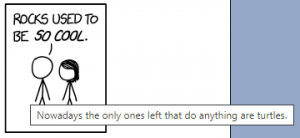 It can be accessed by hovering the mouse pointer over the image on the main site, or by clicking the Alt Text button near the comic title on the mobile site.